The Impact of Beacon Technology In Retail 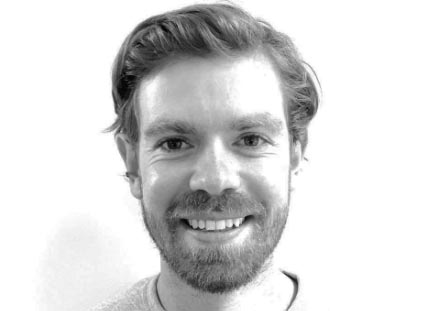 At a time when change is taking place at lightning speed across the retail landscape it has never been more important for those in the industry to learn from others and share what is important in today’s ever evolving society.

Retail Outlet aims to do just that as it brings together a host of innovative and pioneering organisations – whether brands or suppliers – who believe the forum will provide a vital springboard from which they will be able to provide better experiences for their customers.

It is a forward thinking concept that is unsurprisingly being embraced by those in attendance. After all, being open to fresh ideas and being ahead of the times is something all the participants of the event have in common. “I’m very much looking forward to being part of the Retail Outlet,” says Mike Crooks, Head of Innovation at Mubaloo, an award winning mobile consultancy and app developer that works across a range of sectors for clients such as Samsung, Aviva and London’s Air Ambulance.

The Onus On Collaboration

“This concept of a consortium is a good one. The whole ecosystem is massive and companies need to be collaborating while having their own focus but working towards creating the best solutions.

“We’re at the early stages with this but there are compelling reasons for brands and retailers to do events like these. The more we do, the better they will become and the more it will grow.”

Being at the cutting-edge is nothing new to Mike, who since joining Mubaloo over two years ago has seen big strides with their development of apps for beacon technology that was introduced by Apple in 2013.

The low-cost, location based technology that offers highly targeted content saw a slow uptake by users to begin with but is now coming into its own as retailers begin to realise its power.

It means that mobile devices with compatible apps can listen for signals from Beacons and react accordingly. So, for example, if someone is walking past a shop the Beacon technology may ping with an offer code on your phone for that particular store with the aim of enticing you in.

Such technology has potentially huge consequences for retailers, with it having the possibility to drive more customers into bricks and mortar shops as they look to take advantage of offers, therefore, encouraging a comeback of this form of retail against e-commerce.

“We have clients that are now looking to use Beacon to add a further layer to what they do which they hope will get people to visit their venues,” Mike says. “Beacon has now become more of a company wide thing and is a layer on top of the mobile position – with it something that can pop into a consumer’s hand.

“People have picked up on this idea as being the golden goose for retailers and marketers with it showing where someone is and delivering relevant content. It’s an opt-in technology, so you choose to receive the content.”

He continues: “We use the technology in a two-fold way. Firstly, you can use it to know that someone is in a given area which means you can be more targeted with your content through the app.

“The other side of it in terms of the bricks and mortar versus online is the idea that you’re bringing the experience to life more in stores. So, for example, you can break up the store and have different zones where you have different experiences going on.

“I get a lot of request from retailers with regards to tracking, however, there are privacy issues around this so we’ve always said you have to engage with users to want to allow you to track them.”

He concedes that the industry is still playing catch up. “Retailers haven’t been particularly good at getting data from the mediums that consumers use. Therefore, they don’t always know whether someone is in a store, whether they tried something on and bought it, or if they bought it online later.

“The whole user journey has been quite fragmented and it is something retailers are striving to get more visibility on.”

It would seem, therefore, that the technology still has a fair way to go to maximise its potential?

“The limitations are two-fold,” Mike says. “Firstly, you need an app and secondly you need Bluetooth turned on and to participate in whatever is being delivered to you. Therefore, if you have it turned off there is the worry of whether you will get the right thing but more catastrophic is whether you get sent the wrong stuff and then delete the app.

“Also for smaller retailers they often don’t have the user in-store base to really warrant using something like Beacon.”

So what sectors have seen the biggest changes in recent years with mobile technology?

“The transport sector has probably seen the biggest change especially with things like Citymapper, Uber and various other apps that are independent of the travel networks that have seen a big requirement for the train operators to sort out their operation,” Mike says.

“Working with MTR Crossrail (one of the best performing rail operators in the world) they wanted to make their operations as mobile as was physically possible over the next few years, which they believe will help them provide better services for customers.”

In fact, MTR Crossrail’s desire to be leading the way when it comes to innovation has seen them become the largest deployment of Beacon for enterprise anywhere in the world, while also being the first to do so in the rail industry, according to Mubaloo.

So it is hardly surprising that having been instrumental in building apps for the rail operator giant – which has a £1.4 billion contract to run the Crossrail franchise on behalf of Transport for London – ranks as one of Mike’s best achievements so far.

But, from a broader perspective, taking the technology onto a new level has been equally satisfying. “It’s no longer just a little product that sits in the corner, it’s a group concept of something we can deliver and opens opportunities for the wider business while serving as a differentiator between us and our competitors,” he adds.