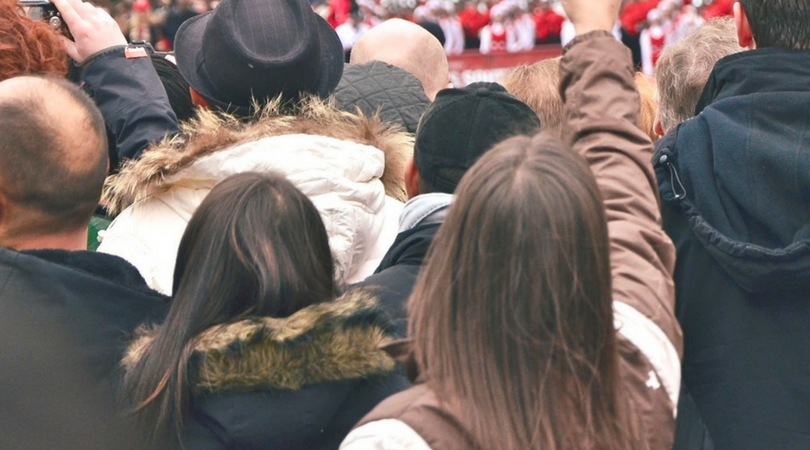 The FOMO Retail Approach. More Than Missing Out

When retailers think about their space and the responsibility they have, it becomes a commitment, not a fad.

When thinking about FOMO (fear of missing out) within retail, it conjures up fleeting campaigns where people are clambering to be a part of something that is then gone in an instant.

A dictionary definition of this 21st century reality is ‘anxiety that an exciting or interesting event may currently be happening elsewhere.’

Becoming More Sophisticated Than 50% Off

When looking at sales promotion activity and other incentives, these are just table stakes today. Retailers have to become more creative to drive customers that feel part of something that they know they have to experience.

What was once the launch of a product range, now becomes much more immersive. For instance, when Pretty Green launched their Jimi Hendrix collection in August 2016, this was complete with DJ, look-alike and free limited edition seven-inch vinyl of Voodoo Child. This highlights the nature of a compelling connection from in store to the mobile experience.

Only this month (January), to coincide with their Spring/Summer launch Pretty Green have also created a Q&A with influential musicians and DJs from the ‘90s. FOMO is not just about being here and gone, but how brands are intrinsically linked to the responsibility that they have for their audience. Emotional transactions and social interaction can become the differentiating route for retailers.

A Better Reason To Give Time

Customers need more stimulating reasons to visit a store. It is not just a case of the anxiety of missing out but a way to connect on a deeper level.

This is not just about Lady Gaga bringing New York’s Time Square to a standstill when she opened H&M in 2013, but proof that a store has a role to play in encouraging a decision. According to a supply chain consultancy, GS1 (conducted with 2,000 UK adults), four out of ten shoppers say they have given up on an online purchase, as they couldn’t find enough information on a product.

Social currency is more valuable than ever. The experiences consumed are more than just possessions. For instance, Justin Bieber’s Purpose tour merchandise included a partnership with Selfridges with a fashion-forward collection at prices over £1,000. Fans were queuing a day in advance, not just teenage girls, but those looking to resell the clothing. If FOMO stands for one thing, it’s hype.

Encouraging Participation From Others

If a retailer can move away from being prolific with discounts and encourage interactivity, then FOMO becomes an ongoing commitment by being continually relevant to an audience that it serves. In the words of Apple’s senior VP retail Angela Ahrendts on the opening of their new San Francisco store in 2016, “the store becomes one with the community. We think of this as our largest product.”

When FOMO is linked to a physical store it helps create a multi layered retail experience, that excites, encourages promotion (by others within social media) and something that the online experience cannot take as it’s own. The physical store becomes a retailers own media channel. Take for instance North Face and what they did in store.

The floor slowly disappeared and a challenge was presented to visitors. They had to jump from a ledge to grab a coat hung from the ceiling, which became the prize. In the tagline from North Face, ‘never stop exploring.’ Click here to see for yourself.

Looking At Space As A Channel

Every retailer has it’s own P&L and independent sales results, but for the brands highlighted, they see space as a media channel.

FOMO doesn’t have to be a trend that is here today, gone tomorrow. It can have a transient nature that is continuous, so people feel that they don’t want to miss out. When retailers consider collections and limited editions in the form of a magazine, where people can associate and has a real focus to spend time and have enjoyment with, this is where a transactional nature moves to real participation and connection.

Some pointers from this article:

The FOMO phenomenon will always be here in today’s society. This can become the responsibility for retailers to have meaning in someone else’s life that goes beyond a social post.

Ready to discuss a project?

It all starts with a chat.

Ready for your next move?

Send us your CV or portfolio.